Dr. Speed completed a BSc (Hons) in mathematics and statistics at the University of Melbourne and a PhD in mathematics and Dip Ed at Monash University. He has held appointments at the Universityof Sheffield, U.K., the University of Western Australia in Perth, and the University of California at Berkeley, and with the CSIRO in Canberra. In 1997 he took up an appointment with the Walter & Eliza Hall Institute of Medical Research, where he is now an Honorary Fellow and lab head in the Bioinformatics Division. His research interests lie in the application of statistics and bioinformatics to genetics and genomics, and related fields such as proteomics, metabolomics and epigenomics, with a focus on cancer and epigenetics.

Dr. Webb received his PhD in Biochemistry at Monash University in 2005 (Melbourne Australia). As a CJ Martin Fellow, he completed his Post-doctoral training in areas of Immunology, Virology and Mass Spectrometry at Imperial College London. He then moved to the Walter and Eliza Hall Institute in 2011 and was appointed group leader of the new Proteomics Laboratory in 2015. The role of this new laboratory marks a significant departure from the traditional model of operation for Mass Spectrometry services facilities. In addition to the labs main focus of developing cutting-edge proteomics techniques that are driving new discoveries in biology, it is also highly collaborative, where the staff members are deeply involved in the conception, design and implementation of collaborators’ projects at all levels. Overall, the labs specific aim is to develop and apply the next-generation of proteomics tools and techniques to important biological questions relevant to human health.

Dr. Murphy completed his undergraduate studies in his home town of Christchurch, New Zealand, before completing his PhD studies at the Australian National University, Canberra, Australia in 2003. As a CJ Martin Fellow of the National Health and Medical Research Council of Australia (NHMRC), he completed postdoctoral training in the lab of the signalling guru, the late Tony Pawson (Toronto, Canada). He moved to the Walter and Eliza Hall Institute in 2007 and was appointed group leader in the Cell Signalling and Cell Death Division in 2014. Supported by an Australian Research Council Future Fellowship (2011-4) and an NHMRC RD Wright Biomedical Fellowship (2016-9), he has pursued a mechanistic understanding of the roles of several pseudokinases, protein kinases, cytokines/receptors and epigenetic regulators in signal transduction, with a particular focus on MLKL, a key pseudokinase in the necroptosis cell death pathway.

After completing an undergraduate degree in Biochemistry (1st class) at Imperial College London, Marc was awarded a Wellcome Trust Prize Studentship to pursue a PhD with Prof. Erhard Hohenester at Imperial College London, investigating collagen-binding proteins in the extracellular matrix. In 2004 he took up a Leukemia & Lymphoma Society of America fellowship to work with Prof. Peter Colman at the Walter and Eliza Hall Institute, where he developed a passion for host-pathogen interactions. His post-doctoral work centered on the molecular basis of virus mediated subversion of host cell death. In 2010, Marc was awarded an NHMRC Career Development Award to establish the inaugural structural biology laboratory at La Trobe University. Now an ARC Future Fellow, his work has expanded into the role of innate immunity molecules in anti-microbial defines. 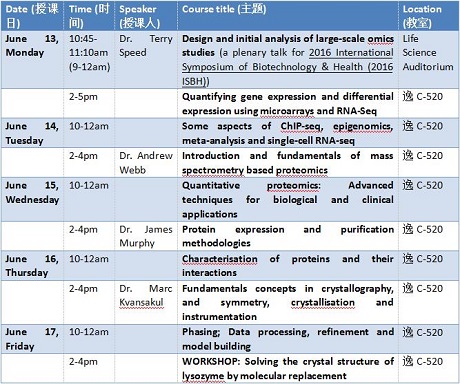